Noting the centennial of Lithuanian poet and filmmaker Jonas Mekas, Index will be hosting a three part screening series showing Mekas’ experimental diary film Walden from 1968. Using Walden as a point of departure, the series will spotlight Mekas’ important role as enabler, organizer, connector of people, and devout advocate for art.

When premiering the three hour long Walden, Mekas created a schema, a sort of map guiding viewers through the film. The brief introductory text to the map states that “the Author won’t mind (he is almost encouraging it) if the Viewer will choose to watch only certain parts of the work (film), according to the time available to him, according to his preferences, or any other good reason”. Following this logic, each session will contain the screening of one of Walden’s six reels, followed by a discussion between invited guests.

This second session doubles as a release for the most recent issue from Ord&Bild and is generally inspired by Mekas’ journalistic output. In 1954, him and his brother founded Film Culture, a magazine offering a space for in depht writing on avant-garde cinema. A few years later he became the first film critic for the Village Voice, where he continued publishing his weekly column Movie Journal for over a decade.

Isabella Tjäder, Curator of Learning at Index, will moderate a discussion between Jonatan Habib Engqvist, editor at Ord&Bild, and Amin Zouiten + Aron Skoog, founders of Filmögon and the art critic, editor of Paletten art Journal and PhD researcher Frida Sandström. 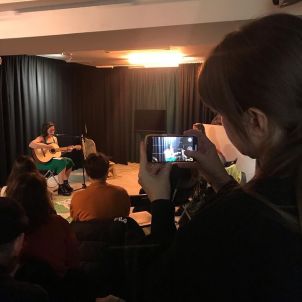