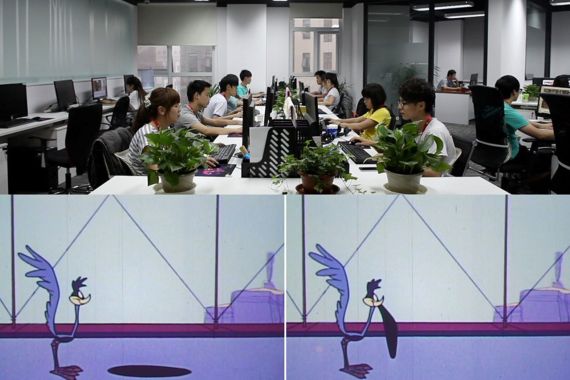 Lucy Raven: ON LOCATION
Sat 25 February 2017, 18:00
Index is happy to present a new iteration of Lucy Raven’s ongoing talk series On Location. Raven’s work focuses on the edges of image production, what happens behind the camera, in-between frames or within post-production. On Location traces the spaces of image industries, in a physical and technological sense. After the enormous success of the re-release of Titanic in a new 3D-technology in 2012, many other films were re-released too, digitally re-worked in countries in Southeast Asia. The lecture follows the developing technologies, infrastructures and working conditions through which landscapes, locations, and stereoscopic spaces are constructed today.
More